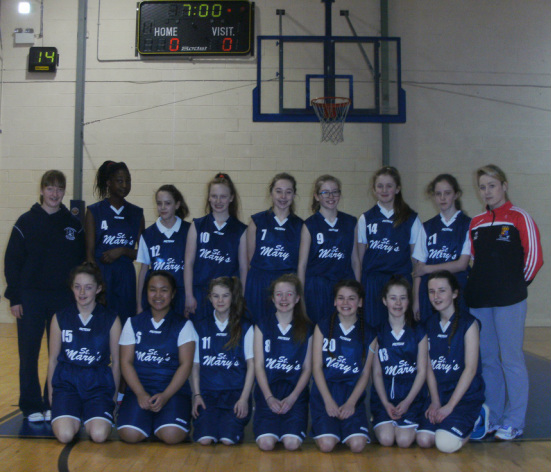 On another terrific day for St. Mary's, our First Years recently won the Division 1 SSA Basketball title in the Oblates Basketball Stadium in Inchicore.  It was a great overall determined team performance led on at the
sidelines by coaches Ms. Samantha Lambert and Mr. Robert Fennell.  It was an early start on the day with the team meeting at the school at 7.45 am and departing shortly afterwards for the tipoff at 9.30 am.  The supporters met
at 8 and were on the road by 8.10 am. 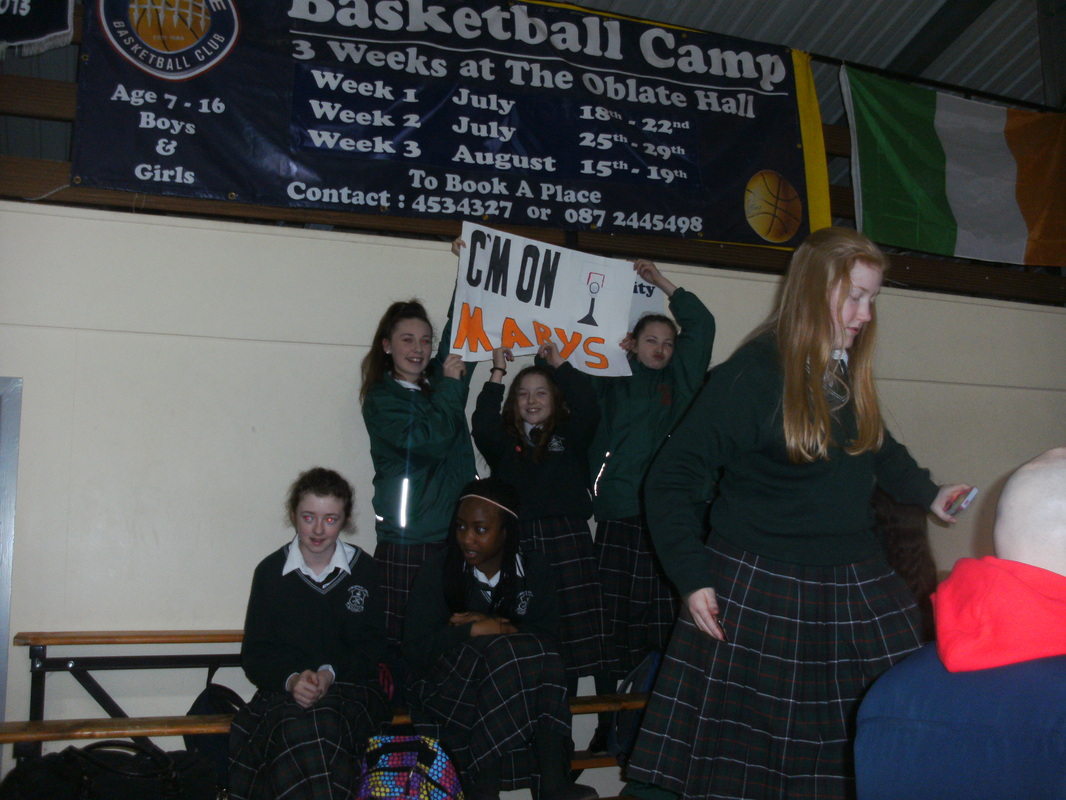 Despite the early start, the supporters were their usual noisy selves and in great form.   It is always great to have such support.  St. Mary's got off to a flyer in the first quarter when Niamh Nestor opened the scoring and soon Ruby Smith added another basket.  Maryfield responded with a free and both sides defended very well  to end the quarter 4-1 to St. Mary's.  The second quarter saw St. Mary's in dominant form with some fine play. Amy O'Neill led the way with three baskets and a free.  The Captain, Maria Long also scored a basket as St. Mary's ended the quarter 13-1 ahead.

Maryfield came out strongly for the third quarter with both sides scoring five points with Niamh Nestor scoring four of them with some fine skill. Ellie Morrissey added a point through a free.  The quarter ended 18-6 with St. Mary's holding their own.  The fourth quarter saw points traded as St. Mary's edged towards the finishing line.  A couple of scores gave Maryfield a glimmer of hope but 4 points from Maria Long and three points from Amy O' Neill saw the game finish 25-10 to St. Mary's.  As soon as the match ended, the fans swamped the court to celebrate with the team.  It was a thoroughly deserved victory even though Maryfield had played extremely well.  It is great for First Year Students to have such success and it augurs well for the future.  St. Mary's has a proud tradition in basketball.  Niamh Nestor was deservedly awarded the Most Valuable Player of the Match.  Coach Ms. Lambert was delighted with the victory.  "The team were unbeaten all season and had worked very hard, it was a great victory.  Well done girls!" 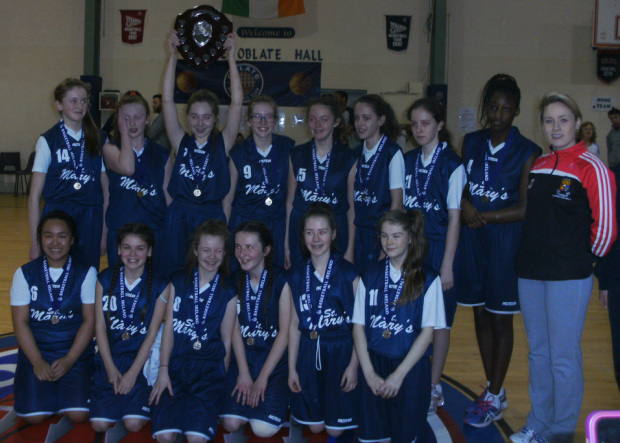 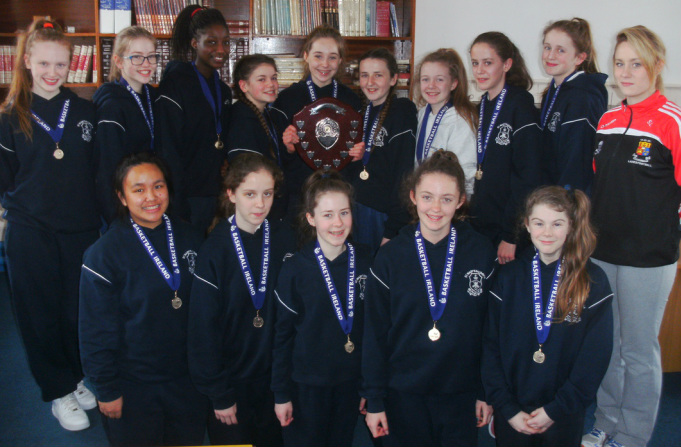