St. Mary’s basketballers were to the forefront again when they recently contested two Secondary School Association Finals in the National Basketball Arena in Tallaght. Our strong Under 19 Division 1 team, who had been in great form throughout the season, were playing first.  Our U16s Division 2 Team, with a small squad, had done fantastic to also reach a final. As we had two teams playing, interest was high and we had two double-decker buses full of noisy supporters.
St. Mary’s were playing our namesake, St. Mary’s, Holy Faith Killester who had also brought a big contingent of noisy supporters. St. Mary’s, Baldoyle, Under 19 squad consisted of Captain Rachael McCallion, Rachel Dipeolu, Maria Long, Aine Ryan, Maria Malina.  These five formed a strong starting team and the in-depth strength of squad was evident when the following were included - Caoimhe Markham, Lauren Waters, Lauren Cullen, Sorcha Gray, Sarah Kearns, Leah Campbell, Stephanie Gibbons, Alanna Egan and Niamh Nestor.  The coaches were Mr. Chris Collins, Mr. Robert Fennell and Mr. Declan Burke. 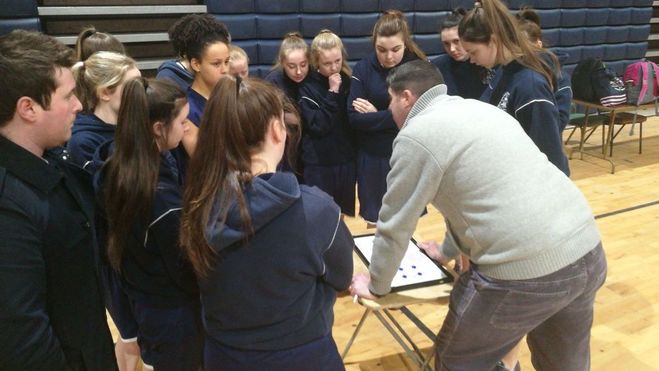 The first quarter started with both sides probing each other and both defending well. However, it was St. Mary’s who scored first with a superb basket by Maria Malina. St. Mary’s Killester responded well and attacked but there was resolute defending by the team.  Holy Faith were about to shoot when there was a great rob by Rachael McCallion who then made a great pass to Aine Ryan who ran on to score a fine basket, 4 nil to St. Marys, much to the joy of the supporters. Roared on by their supporters, Killester attacked vigorously, however Aine Ryan, who was dominant at the back for St. Mary’s, injured her ankle during a defensive manoeuvre and was forced off temporarily. This only succeeded in spurring on St. Mary’s and there was excellent play following with Rachel Dipeolu and then Maria Long scoring baskets to push the score to 8-0 St. Mary’s.  Maria Long, playing particularly well, was recently selected for the Under 17 Irish Basketball Development Squad. The St. Mary’s supporters, led by Lauren Barker and Rebecca Kelly,were now in great form and the chants of “Come on Baldoyle”, rang around the arena.
The second quarter again saw Killester pressure St. Mary’s and it was a fast break from defence that saw Rachael Dipeolu score her second basket to see Mary’s go 10-0 ahead. Killester again pushed hard but could not get a score despite numerous attacks.  Killester called a timeout but it was St. Mary’s who came out faster with Maria Long scoring two baskets, including one from a long throw from well outside the area and there was another St. Mary’s score, this time by Alanna Egan.  St. Mary’s were comfortably 16-0 ahead and coasting. However, Killester’s attacks finally paid off with two quick baskets in succession as they grew in confidence. The quarter ended too quickly for Killester as St. Mary’s now led 16-4. 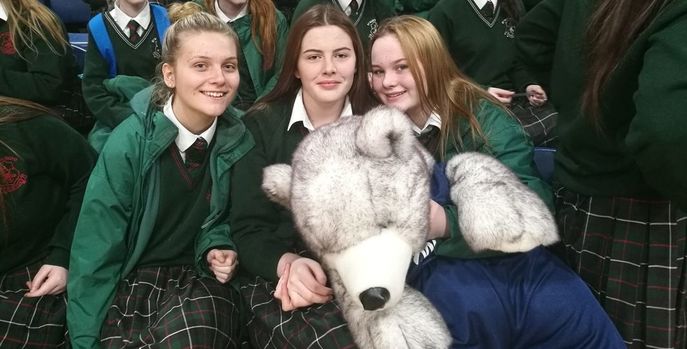 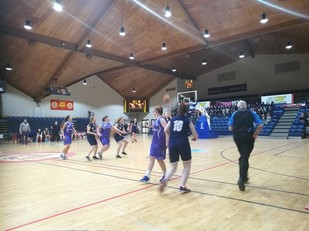 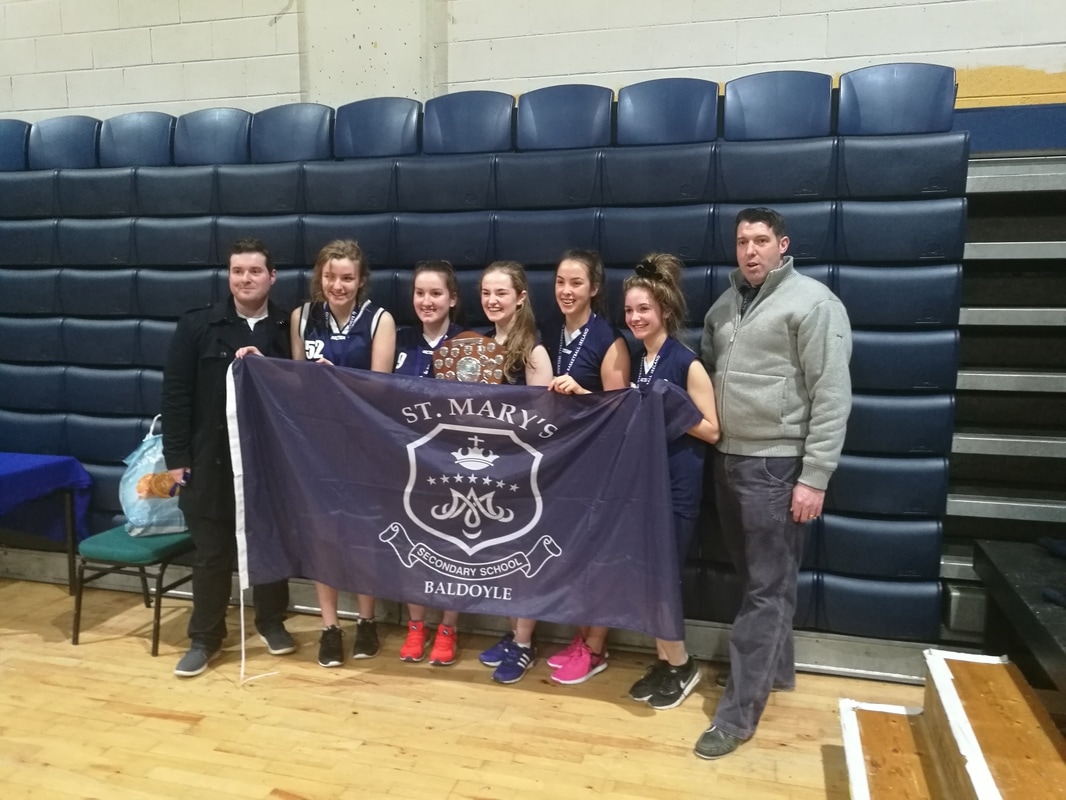 St. Mary’s started well and had a number of shots at the basket but it was during a breakaway and against the run of play that Presentation scored. A free throw and score by Kathlyn Dalton reduced to lead to 1-2 but following another break, Presentation increased their lead to 4-1.  Both sides then matched either other without score as the quarter ended.  It was Presentation in the Second Quarter as they scored three baskets and a free to extend their lead to 11-1.  Although playing well and being pushed on by Jessica Carroll, St. Mary’s just couldn’t get the scores.

The third quarter saw Presentation push on to go 13-1 ahead despite some good play by St. Mary’s with Jessica Carroll scoring a basket, it was Presentation who ended the quarter 23-3 ahead.  It was the fourth quarter which finally saw St. Mary’s play their best basketball.  Presentation scored first and some fine passing saw Ellie Morrissey score a basket and a great run and score by Jessica Carroll brought the score to 25-7 Presentation and despite dominating the quarter and having a string of shots, it was Presentation who won 25-7.  Congratulations to Presentation Terenure and commiserations to St. Mary’s on a gallant effort.  It was a fantastic achievement to reach the final but there can only be one winner. Well played to all the girls - you did St. Mary’s proud.  Everyone was delighted with the day, you can’t win them all but everyone gave their best so you can’t ask for more.  The girls continued the proud tradition of basketball success in St. Mary’s.