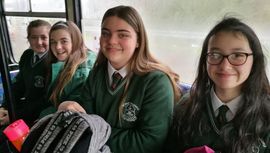 St. Mary’s Secondary School, Baldoyle, with a successful tradition in basketball, had two teams playing in the Dublin Finals in the National Basketball Arena in Tallaght. Both the Under 19s Division 1 and the Under 16s Division 2 were up against two similar teams from St. Louis High School Rathmines. 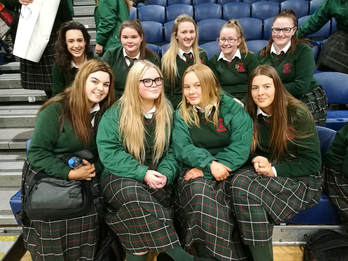 ​A Maya Keyes basket and free point score reduced the score to 34-28 and another Malina basket had St. Mary’s in the dominancy and looking good.  St. Louis were feeling the pressure but two free point scores steadied their nerves temporarily.  However a brilliant break by Dipeolu and powerful pass to Keyes who scored a great basket followed by two consecutive free point scores by Aine Ryan narrowed the Louis lead to just a basket.  The St Mary’s supports were all on their feet chanting for St. Mary’s, could the comeback continue but time was running out.  Remarkably St Louise score three points from 3 different free shots to edge further ahead 39-34 ahead.  Another St. Mary’s attack and a basket by the excellent Dipeolu reduced the score to 39-36 and unfortunately time was not on our time and St Louis, breathing a large sigh of relief, ended up 39-36 winners.  It was a great comeback by St. Mary’s and we were all very proud of them all and well done to the winners St. Louis High School.  The supporters ran on to the court to offer support to the team. 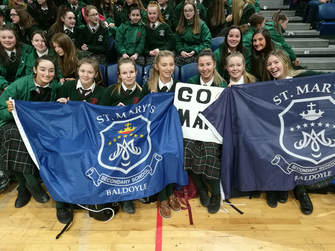 U16
It was not long until our Under 16s were out on the court against our U19 conquerors St. Louis High School and the coaches Ms. Morgan and Mr. Fennell had them really ready to go.    Two quick baskets by Nikta Corrigan and a Gemma Kenna Keenan basket had St. Mary’s 6-0 ahead but St. Louis, against the run of play and some resolute defending, scored a basket to get back into the game.  However, a great rob of the basketball ball and a fine shot was followed by a great individual run and score by Niamh Cummins which saw the first quarter end 10-2 in favour of St. Mary’s. 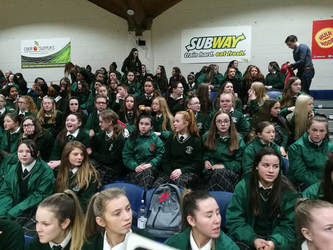 ​The second quarter was a dominant one for St. Mary’s, A pair of baskets by Shauna Benson was followed by scores by Niamh Cummins and Sarah Keenan.  Another Benson basket and a Jessica Caroll Basket saw the quarter end 22-2 in favour of St. Mary’s. 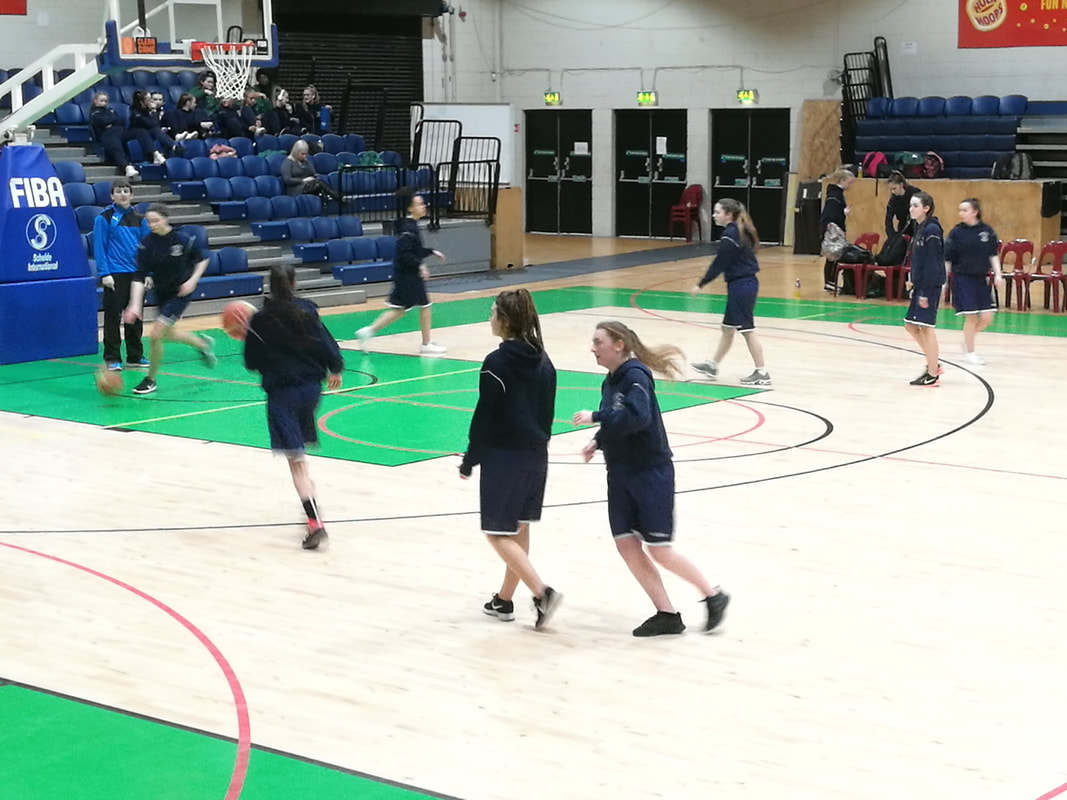 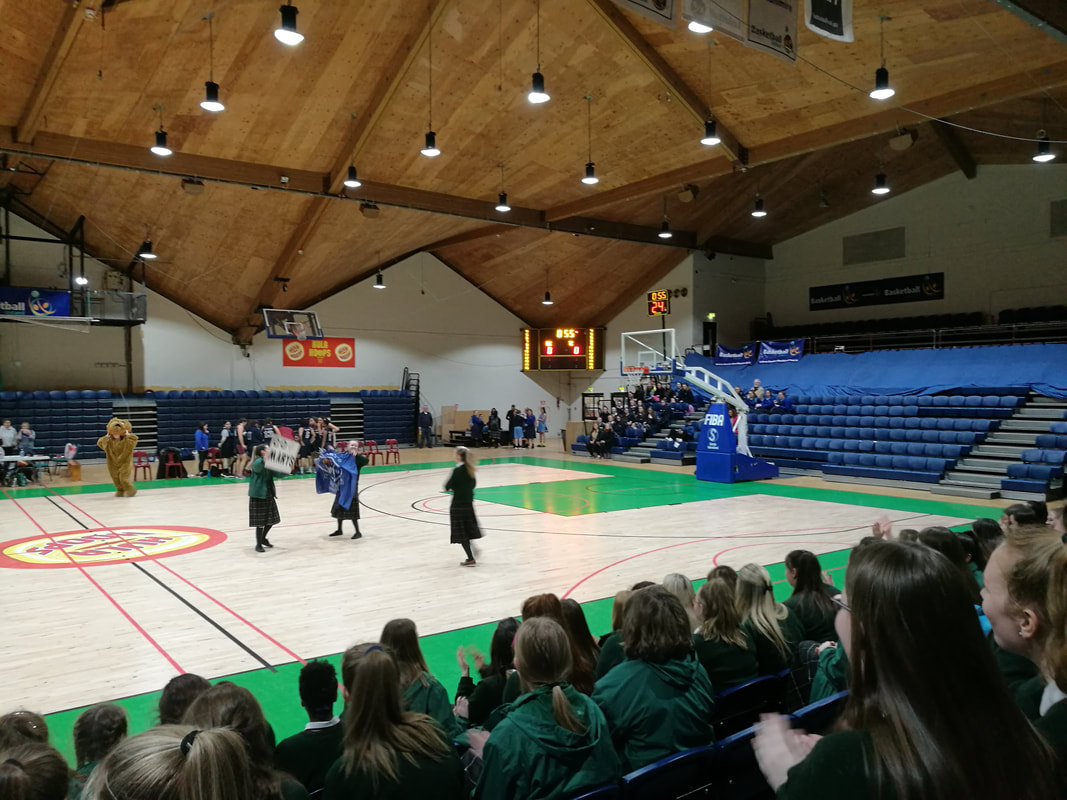 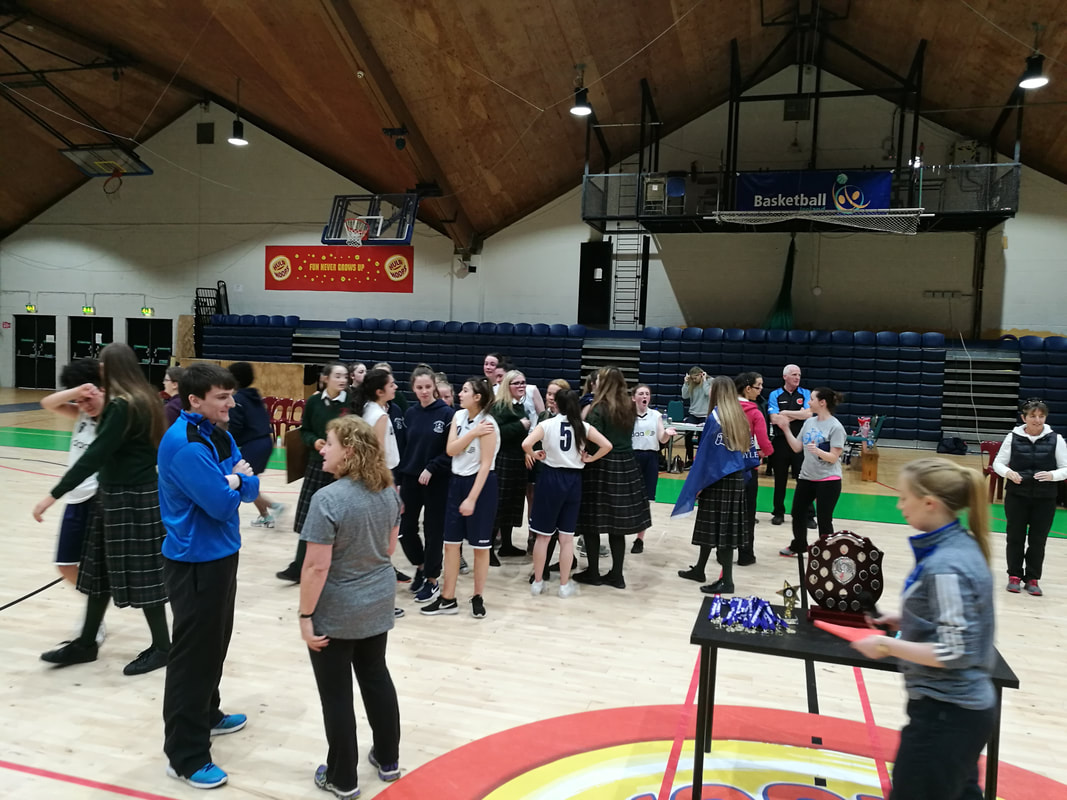 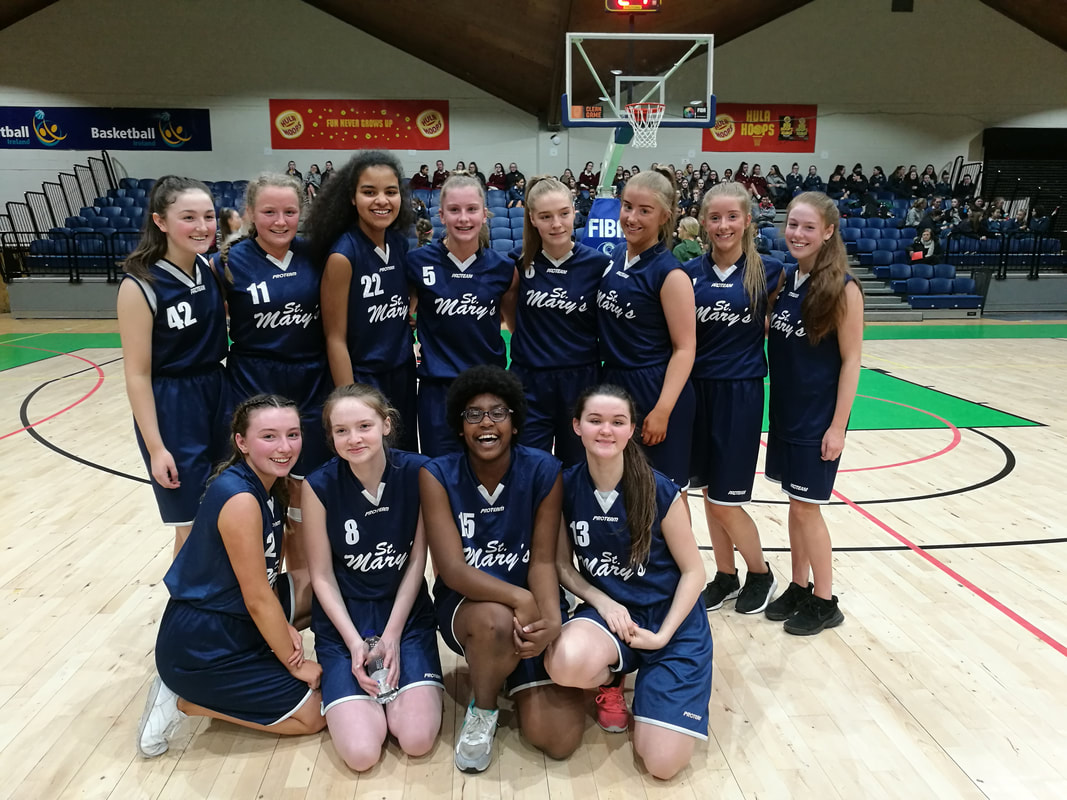 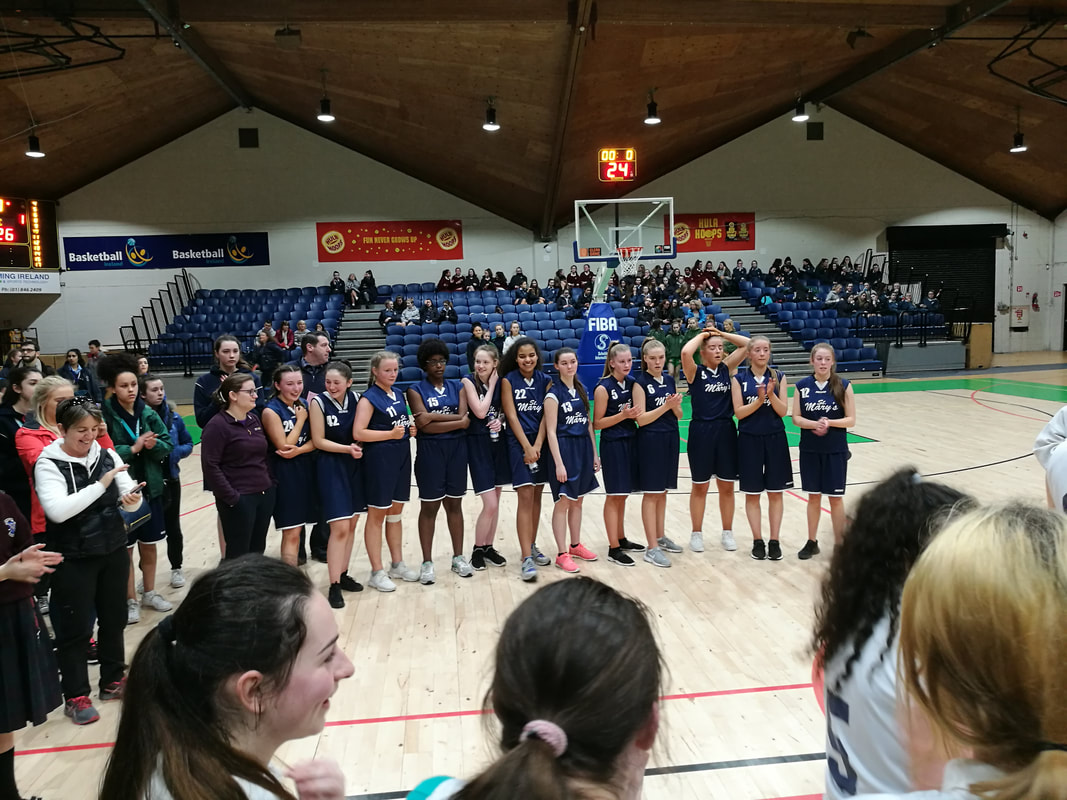 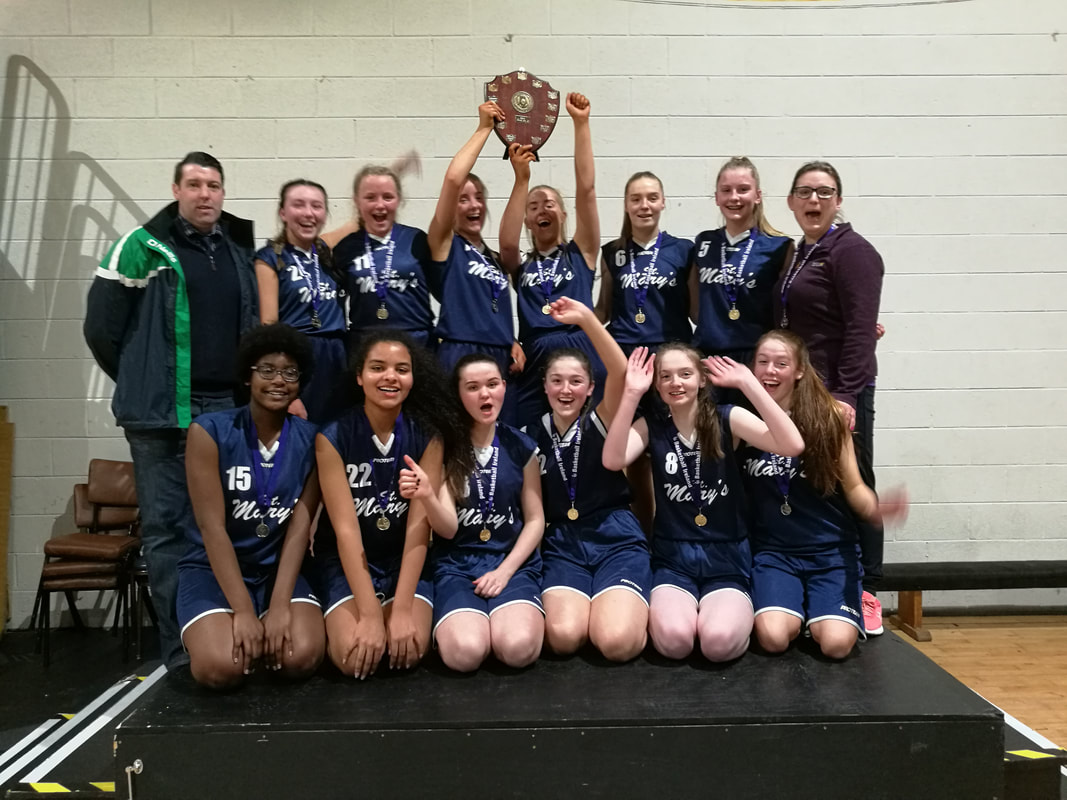 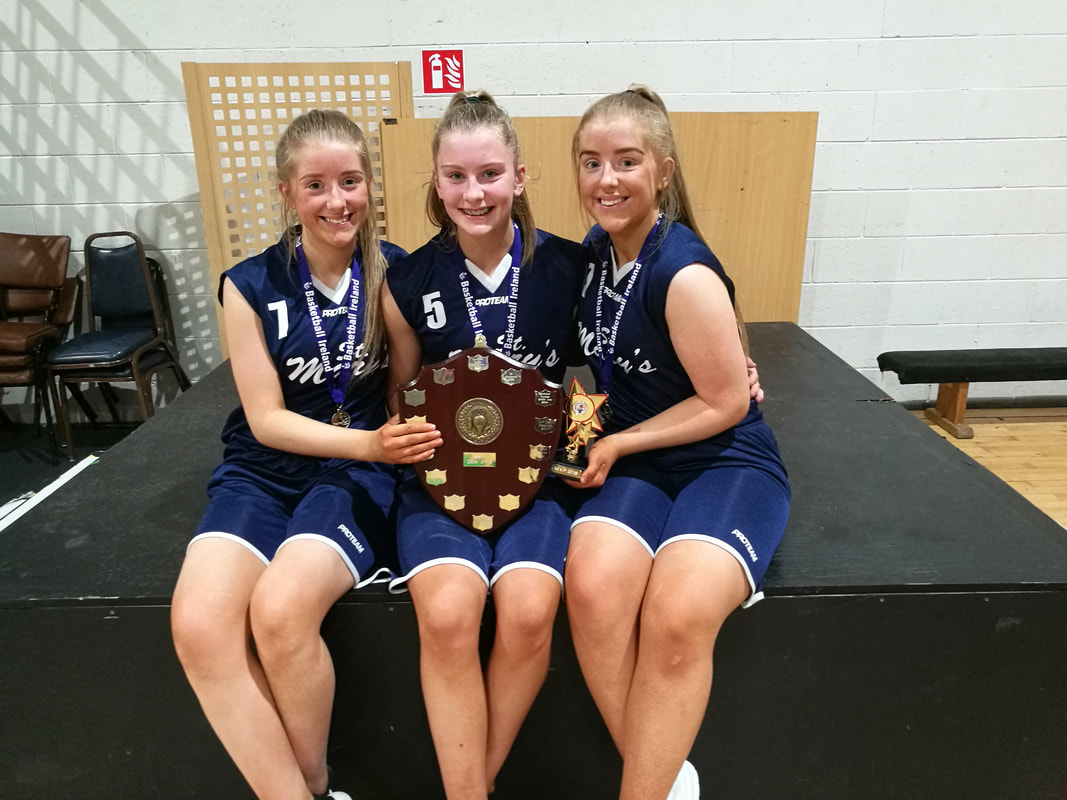