The ​​​​Leaving Certificate is the primary outcome of the​ 6th year course. This exam which is the end of Secondary education in Ireland leads students onto University and other courses.

Some past activities in 6th year have included; 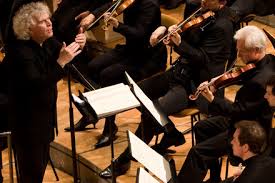 Berlioz Concert
On the 25th of March, St. Mary’s Sixth Year Music Class went to the National Concert Hall, in Earlsfort Terrace, to see “Three Movements” played by the RTE Chamber Orchestra, from Hector Berlioz’s symphony “Symphonie Fantastique”. The Chamber Orchestra played the two movements from the symphony that the Sixth Years have studied.
Movement 2: A Ball
Movement 4: March to the Scaffold

The Presenter broke down the movements into simple sections and explained it very well. The orchestra played the final movement of the symphony, just so the music students could hear it. It was called “Movement II: Dream of a Witches’ Sabbath”

I found as a Music Student, this trip was very beneficial because it helped me understand and learn the two movements much better.