Our annual Sports Day was held of the 17th of May in St. Laurence's National School and was a tremendous success all round.

The First and Second Years demonstrated great enthusiasm at the event and certainly revealed their competitive nature.

Here at St. Mary's Secondary School we strongly believe in the importance of Physical Activity. Not only does it promote a healthy well being and positive mental health, but it also creates a strong bond among our students which was evident on the day.

On the day the students were divided into various teams named by color. Each team was made up of a random selection of both First and Second Year students and a team Captain was chosen to represent each team. The Captain had the job of keeping scores and following a rota in order to guide their team members to the various stations at their allocated time slot.

Stations on the day included, The 100 Meter Sprint, Team Relay 400 meter run, Darts, Penalty Shoot out, and the traditional Egg and Spoon, and Three Leg Race. Each competition was managed and judged by different teachers.

Students who finished at the top of their groups qualified for finals which were held towards the end of the day.

Following the finals there was a short awards ceremony, students who finished in 1st, 2nd, and 3rd place were awarded medals. Medals were also distributed to students who demonstrated great sportsmanship, leadership and cooperation throughout the day.

Thanks to Londis in Baldoyle, each individual student left with a Goodie-Bag, so it is safe to say everyone went home with a smile on their face! 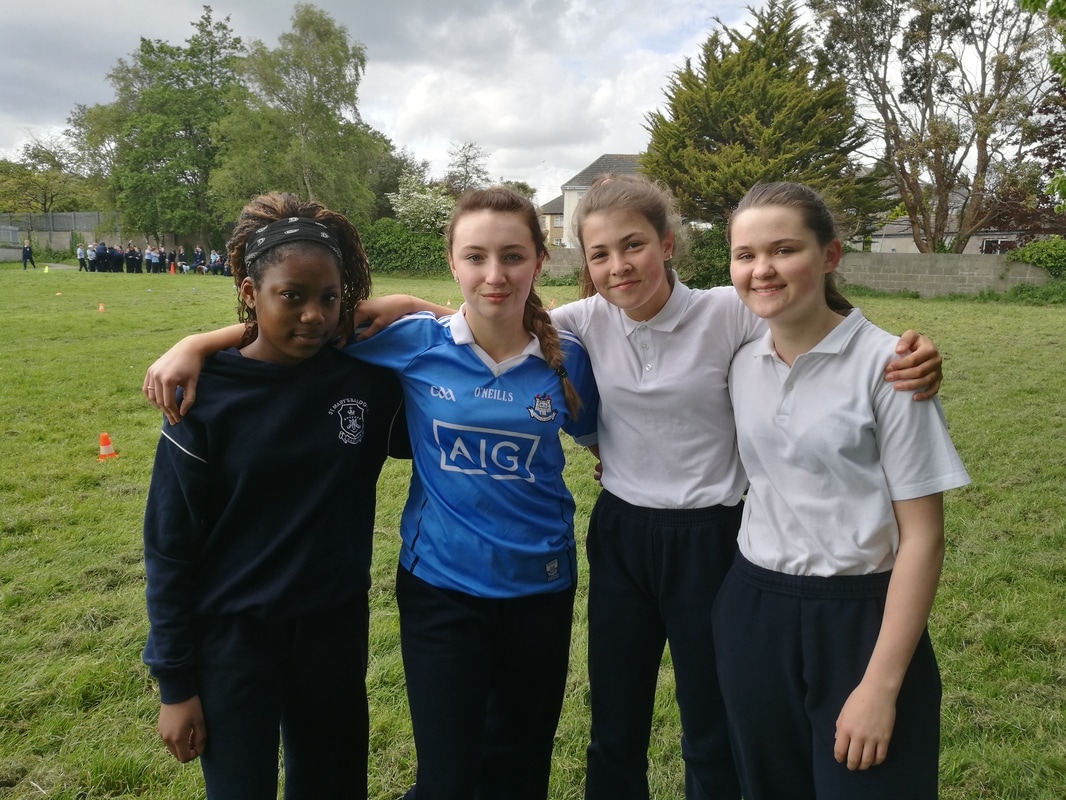 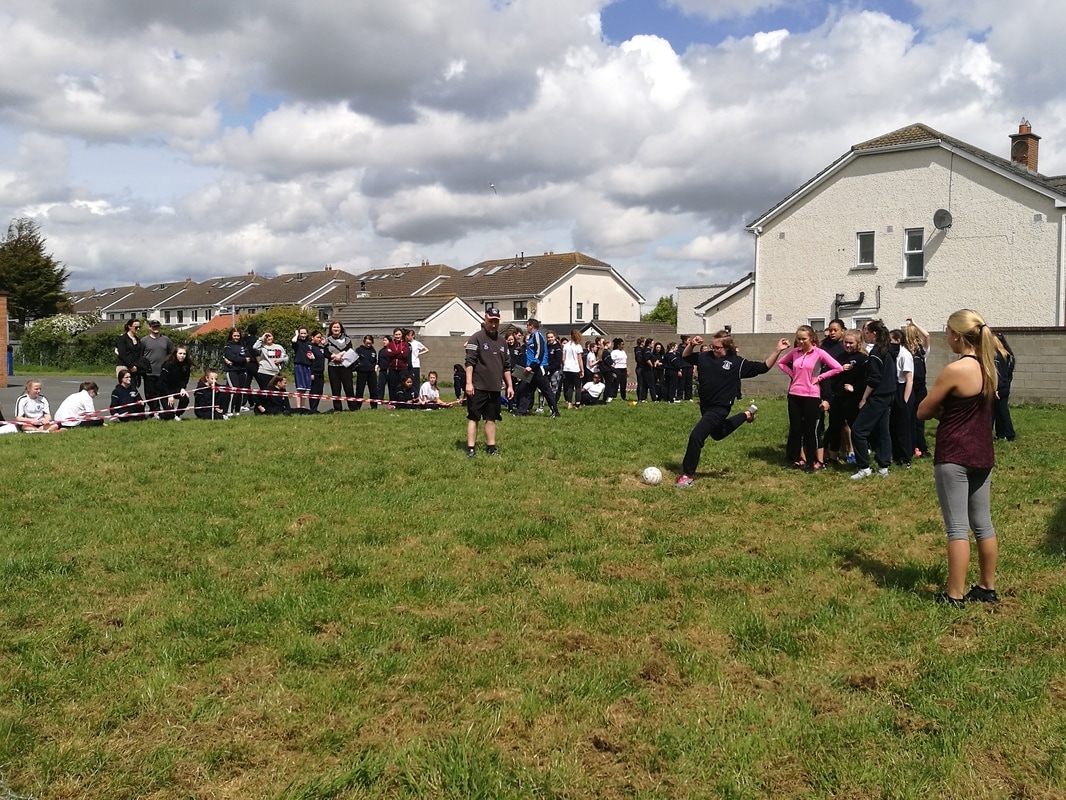 The Penalty Shoot Out
All Smiles
St. Mary's Secondary School would like to extend their appreciation and thank the following people:

Ms. Clare Finnerty of St. Laurence's National School for providing us with access to the Primary school grounds in order to run the event sufficiently.

Mr. Robert Fennel and Mr. Declan Burke for organising and ensuring the smooth operation of the day itself