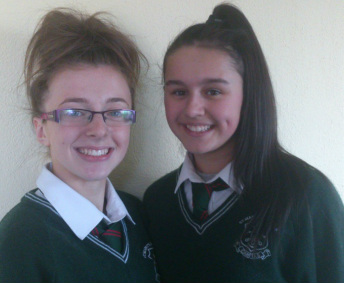 Lauryn beat competitors from Ireland, England, Scotland, Wales and Northern Ireland.  Due to injuries, Lauryn had been out of competitions for over a year so this was a wonderful return to competition.  Lauryn's attitude, determination and commitment in winning the competition is an amazing achievement.

To add to this success, Nicole Gray, also Second Year but in St. Colette, came third in the same competition.  This was also a great achievement.  Well done Girls! 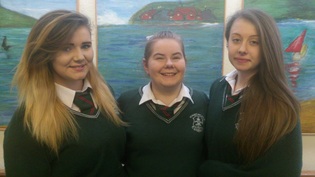 The Safer Internet Ireland Youth Advisory Panel will be made up of 20 members and will meet on three occasions in the academic year 2013/14. The panel will play an active role in developing an anti-cyber bullying campaign and will contribute policy advice to the Department of Education and Skills and the Department of Justice and Equality.

Rebecca attended her first meeting on 9 October in the Coach House in Dublin Castle and her next meeting is in Bedford Hall in Dublin Castle on 19 November.  At this meeting, she will be working with an agency of the DES on a national anti-cyber bullying campaign.